Because of the growing Islamic force in Demak and Cirebon, the Hindu King of Sunda, Sri Baduga, sought assistance from the Portuguese at Malacca. He sent his son, Crown Prince Prabu Surawisesa, to Malacca in 1512 and again in 1521 to invite the Portuguese to sign a peace treaty, trade in pepper and build a fort at his main port of Sunda Kalapa. By 1522, the Portuguese were ready to form a coalition with the Sundanese king to gain access to the profitable pepper trade.

The Portuguese were allowed to build a fortress at the mouth of the Ciliwung River, where they could load black pepper to their ships. The King also pledged to give 1000 sacks (more than 20 tons) of black pepper each year to the Portuguese. The treaty was executed in two copies, one for the king of Sunda, one for the king of Portugal; each was signed on August 21, 1522.

In the webinar session, the Padrão marks an international agreement between Sunda Kelapa and the Portuguese Kingdom that spark Demak Kingdom to wage a war and conquered Sunda Kelapa Kingdom in 22 June of 1527 which become the establishment date of Jakarta Province today. 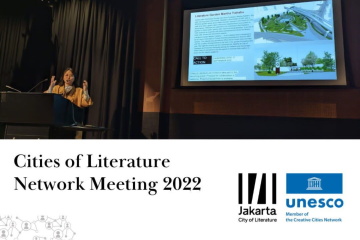